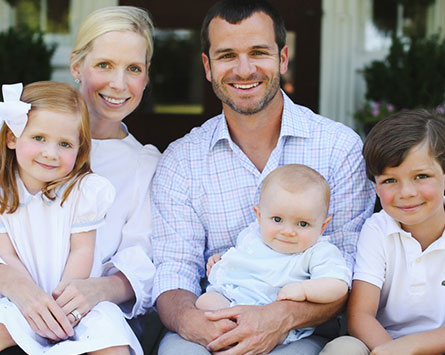 Dr. Ken was born and raised in the Rocky Mount/Tarboro area. Upon graduating from Woodberry Forest School, he matriculated to the University of North Carolina where he obtained a BS in Biology. After a brief stint as a traveling musician, Dr. Ken returned to the University of North Carolina to pursue his Doctorate of Dental Surgery and graduated at the top of his class in 2007. While in dental school, he was inducted into the Omicron Kappa Upsilon National Dental Honor Society and received the Alpha Omega award for highest scholastic achievement. He remained at UNC for his specialty training and earned his Master of Science and Certificate in Orthodontics from one of the most respected departments in the nation.

While in residency, Dr. Ken published articles about the use of distance learning for orthodontic residents with Dr. William R. Proffit. There, he adopted an evidence-based approach to his profession that keeps him in touch with the latest growth and development concepts and orthodontic techniques.

In addition to traveling to orthodontic meetings across the nation, Dr. Ken is a member of several active online study groups that feature some of the most brilliant and innovative orthodontists from all over the world. This allows him to make the strongest, clinically backed decisions for his patients.

Dr. Ken returned to Rocky Mount and joined the practice with his father in May 2010. He and his wife Elizabeth, a pediatric dentist, have three awesome children: Ken (8), Finley (4), and Web (1). They also have a usually well-mannered golden retriever named Emma. His free time is spent with his family, though he does make time to write and record music with friends and old band mates, do a little landscaping, relax on the golf course, enjoy college basketball, and try to catch some billfish at the beach.